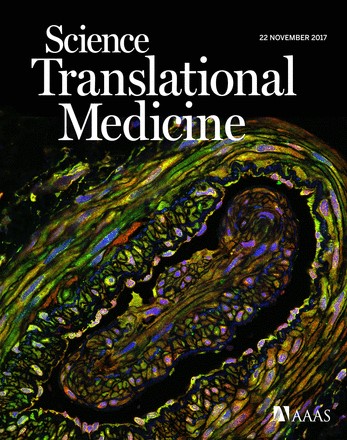 Detecting CJD in skin cells as a potential diagnostic

Among the questions families often ask about CJD is whether someone can develop the disease from contact with their loved one’s skin, either through caretaking or casual touch. To date, multiple studies have shown there is no evidence that family, friends or healthcare professionals are at any increased risk of prion disease compared to the general population. Still, research about this important topic is continuing and a new study that suggests prions are found in the skin of deceased CJD patients is understandably concerning for families. What does this mean?

It’s important to understand that the study was done to learn if skin could be used to make a CJD diagnosis more easily, something that would be especially helpful in countries where brain biopsies, spinal taps or autopsies - now the only methods available to diagnose CJD -- are often difficult or impossible.1 With this goal in mind, researchers took skin samples from 23 deceased CJD patients and from the autopsy or biopsy of 15 non-CJD patients. After diagnostic tests found extremely small amounts of prions in the CJD-patient samples, researchers injected two of the skin samples into the brains of mice that were genetically modified to express the human prion protein. Those mice eventually developed prion disease, which suggests that infectious prions were present in the skin of the deceased CJD study patients.

These findings contradict what we know about prion disease based on several decades of research and it’s not yet clear what this mean for humans. There currently is no compelling and consistent evidence that CJD can be transmitted through surgeries that do not involve the brain.  Importantly, such an experimental scenario (direct injection of prion samples into the brain) is not going to happen in the routine care and surgery of CJD patients.

“Perspective is important when interpreting the study outcomes,” said Byron W. Caughey, Ph.D., senior investigator at the National of Health and a study author. “This study used humanized mice with tissue extracts directly inoculated into the brain, so the system was highly primed for infection. There is no evidence that transmission can occur in real-world situations via casual skin contact…”2

Researchers concluded that further studies are needed to better understand the role of prions in skin and to determine if skin samples can be used to improve the diagnosis of CJD. The authors also said the results do not mean CJD patients are dangerous, nor that any changes were needed in the medical care of patients with prion diseases.3

The study was undertaken by a joint research team from Case Western Reserve University School of Medicine and the National Institutes of Health. Results were published in Science Translational Medicine, a journal of the American Association for the Advancement of Science. 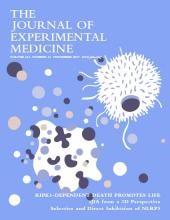 An important step forward in finding treatments for CJD

“There are no treatments and no cure.”

These are devastating words for a CJD patient and their families to hear. And while scientists have attempted for decades to understand the mechanisms of prion disease and to identify potential treatments, brain diseases like CJD present special challenges for the research community.

Until now, the only way to study the human form of CJD has been in animal tests. These studies have yielded important information, but the relevance of the findings for CJD in humans has been unclear and have not led to new drugs or other treatments. Efforts to investigate how prions are passed between brain cells have been hampered by an inability to replicate the proteins in human cells in lab models. Such experimental models approximate or mimic a disease in human cells and are an early step in the discovery of new medicines. Molecules are tested in human cell models to assess any impact on a particular disease or disorder. If the results are promising, the molecule may advance to further testing, and ultimately, to trials in humans.

“Although animal models provide important insights into CJD, there is an urgent need for a complimentary experimental human cell model,”1 said Zuzanna Krejciova, Ph.D., the Institute for Neurodegenerative Diseases, University of California, and lead author of a recently published study that addresses this longstanding gap.

The research team devised a method of studying the abnormal prion proteins responsible for CJD in specialized brain cells grown from stem cells. First, they generated brain cells called astrocytes from non-specialized cells that have the ability to transform into other cell types. They successfully infected these cells in a dish with prions isolated from brain samples of CJD patients. The infected astrocytes produced more prions and were able to infect neighboring healthy cells, something scientists had never been able to recreate in the lab before.

“This work represents a fundamental advance in our efforts to better understand prion diseases in people,” Dr. Krejciova said.  “By establishing human cell models in the lab that can replicate prion proteins, we can gain new insights into the molecular pathways of prion disease and what triggers it, and these insights can advance the discovery of new drugs for CJD.”2

The study was conducted by a multi-country research team from the University of California, San Francisco; the National Institute for Health; the Houston Methodist Research Institute; Edinborough University; and the National Centres for Biological Sciences, India. Results from published in the Journal of Experimental Medicine on November 2017.

(Note: This quote is a simplified version for lay people of Dr. Krejciova’s statement in the Concluding Remarks section of the article, pg. 8)