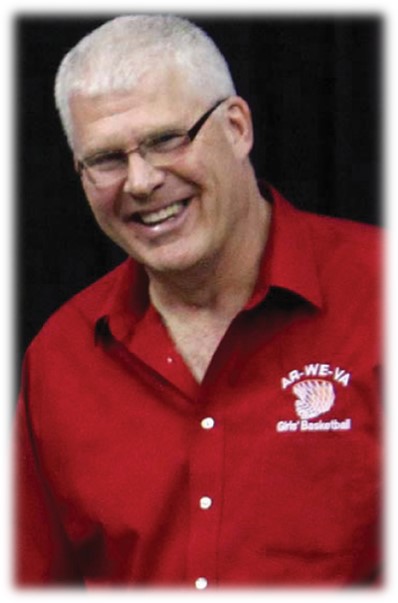 Take some great advice from Janine, whose fundraisers — held in honor of her husband's memory — have proven to be very successful.

We planned a “Birthday Bash” fundraiser with a pork loin meal (he worked in the pork industry most of his life), a raffle, a silent auction and a live auction, followed by a dance with a good friend of ours and his band providing the music. It was held at a large dance hall in our area, and it was a great event. We sold T-shirts, and a year and a half later, it’s fun to still see people wearing them. Of course I publicized the event in our newspapers, but I used my connections at the larger papers in our area as well as the area radio stations for publicity and awareness. We raised nearly $55,000! Part of that is being used for research and part for family workshops.

The result was simply overwhelming. More than 400 people attended the event, and hundreds more made donations of some kind. Every time we see his name on a research grant or our family sponsoring a family workshop, we know we are doing God’s will. It doesn’t make us miss him any less, but we are honoring his memory. He was a person who got things done, and I know we are making him happy as he looks down on us! 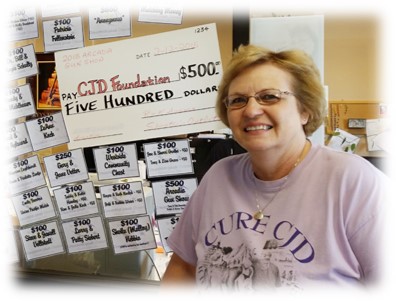 In 2014, we raised another $10,000 for a research grant by holding a “No Fundraiser Fundraiser.” We operated on the idea that $10,000 is “only” 100 people each donating $100. We hung up a sign in our office for every donation made and also published the list of donors in the paper after we surpassed our goal. Donations ranged from $5 to $750, with many donating the symbolic $100.

In 2015, as the Strides4CJD effort got underway, we held a Halloween Day Strides event here in our town of 350 people. We used our Community Building as the headquarters, serving lunch there and holding a silent auction and a raffle. From there, supporters could go out on a one-mile or 5K walk around town, and a group of friends organized a miniature walk for the youngest attendees, with a variety of stops where they received Halloween treats, saw scarecrows and ghosts, enjoyed blow-up characters, and had pictures taken. Everyone who participated received a commemorative T-shirt, and the town was buzzing with activity. Our total for that day's efforts was approximately $15,000!

A variety of commitments caused us to take 2016 off from formal fundraising, but we have had several friends and family members report that they were sending donations to the CJD Foundation in the envelopes they received in the mail this fall. In 2017, we'll be back with another event to support Strides or another research grant!

My advice to other families who plan to host a fundraiser: Don’t try to do everything yourselves. Use your family and friends, and divide up the event into “committees” to spread the work around. For example, we had committees for donations, food (including two guys who cooked all the pork loins and more than 70 people who donated salads for the salad bar), decorations, and silent auction, to name a few. My husband’s basketball team members were invited to serve as waitresses. Encourage friends to ask people that they do business with to donate prizes or cash. If you have 10 people on the committee, have each one of them make a list of contacts they will make. Think of the fundraiser as a way to honor your loved one and have fun with it. Capitalize on his/her interests as you think what kind of fundraiser is a logical outgrowth of those!

Janine is an Editor and Publisher in the Newspaper The Observer and has written several stories about Davey's illness and their struggle to get a diagnosis. She documents the process and challenges of figuring out the CJD diagnosis, processing the realization that there is no cure, and emotions of coping with the loss of a loved one. In the end it is a tribute to Davey that is heartbreaking and heartwarming at the same time. To read the full series of stories, click here.